« Which of my PostgreSQL indexes are getting used most heavily? Mark Jason Dominus on the importance of giving fish » 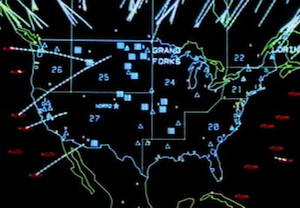 They’re young or old, male or female. Every workplace has them. They’re the busybodies who want to tell you how to live.

As geeks, we are good at discussing the merits of an argument. We think we can explain our point of view and the other person will leave us alone, having seen the logic of our answers. We might think that explaining “I’m well-versed in vi, I have a large ~/.vim directory of plugins, and it fits my work style” will leave the emacs fan satisfied that we’ve made the right choice for us.

But it doesn’t work that way. The busybody comes back with an answer that takes ours into account, but still tells us we’re wrong. “Sure, but emacs probably also has all those plugins, and it can also…” For every argument we make, the busybody has a counter-argument.

It’s an interesting game, but the only way to win is not to play.

I’ve also found that providing justifications for our choices in life has a negative effect. Explaining our actions to others who have no business in our lives tells the busybody that he is right to be meddling in our lives. This is the wrong message to send, as no justification is necessary. It only encourages him in the future.

I don’t begrudge the nosy their motivations. I like to assume that they’re only looking out for what they imagine are my best interests. It doesn’t make their comments any less rude, but it does make it easier for me to not feel insulted by them.

On technical issues, I have to give the busybodies a little leeway, but not much. If a co-worker wants to turn me on to a new tool or technique, then that’s certainly OK. What’s not OK is badgering me about it after I’ve made my choice. I typically will say something like “I see that there are merits to using zsh over bash, but I prefer bash. If you think that zsh should be mandated in the department, why don’t you take it up with Dave and we’ll see if we should set shell choice as a standard.” That often gets the busybody to back off because he doesn’t want to risk losing his own freedom to choose.

« Which of my PostgreSQL indexes are getting used most heavily? Mark Jason Dominus on the importance of giving fish »