« There's only one useful way to handle your detractors Which of my PostgreSQL indexes are getting used most heavily? » 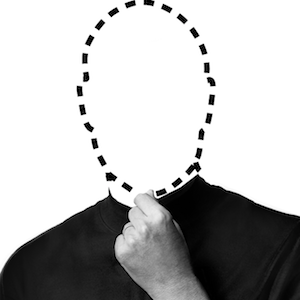 Who says you're not a genius?  Who are any of us to say?  And why would anyone bother telling someone that? In my last blog post, I talked about how it was unnecessary and counterproductive to justify your projects to your detractors. It only wastes time that could be spent doing something positive, and it's not going to change anyone's mind.  One of the commenters took issue with my premise, basing his disagreement on the glib comment "You ain't Steve Jobs." Of course I'm not, but so what? How much of a genius do I have to be before I no longer have to justify myself to others? (Don't answer that; it only encourages them.) The unspoken corollary to comments like "You ain't Steve Jobs" seems to be "Therefore, you must listen to how others want you to be." Fortunately, even in the absence of a Jobs-level genius, we're all able to stand on our own, to live and work as we see fit, without having to take mandatory guidance from others. I wonder at the thought process that it takes to tell someone "You're not as _____ as you think you are."  Near as I can figure, comments like these have one or more of these subtexts: Fortunately, none of these are valid, none of them need concern you.  You can, and should, ignore them.  Ignore them for your own sake, and for the sake of the awesome things you have in you to share with the world. I wonder how many Jobs-level brains are out there but never flower because the person was told too many times that he (or more likely, she) isn't as good as he thinks he is. Neil deGrasse Tyson makes a brilliant point about how we teach children, that parents spend the first years of a child's life teaching him to walk and talk, and the rest of his life telling him to shut up and sit down, quashing their sense of wonder and thirst for knowledge. "You ain't Steve Jobs" is the adult version of "shut up and sit down." Whatever your level of genius, one thing we can all share with Steve is his perseverance.  He kept working at what he believed in, despite public derision about his public failures.  Before the success of the Macintosh, Apple released the Lisa, and before the iPad, the Newton. How much poorer the world would be if Jobs had listened to his critics and packed it in! I'm not saying that there isn't value to be found in criticism, even unsolicited criticism, about your work.  I'm not suggesting that you shut out the world around you.  If you can take what you find useful and leave the rest, then do it. I am suggesting that you shut out those who tell you you're no good, or who want to put you in your place. When people tell you you're not awesome, ignore them.  Who are they to say?  And why does it matter if they think you're awesome or not?  Eventually, you'll prove them wrong.

« There's only one useful way to handle your detractors Which of my PostgreSQL indexes are getting used most heavily? »